My career is a tale of two cities- New York and Los Angeles- working at both big agencies and small. I love digging into strategy, as frankly, that’s really the heavy lifting when it comes to creating communications. I’m hard on myself, and, over time, have learned to be easier on others. But key to being a creative director is in helping your creatives make their work better.
As a screenwriter, I have been dragged over the coals of notes on a screenplay, of notes on the notes, and it’s taught me that an idea can always be made better and that nothing is really precious.
I’m a skilled presenter, have won more new business than lost, and learned to be a client’s ‘trusted advisor’, which has helped me keep great relationships with them over time. 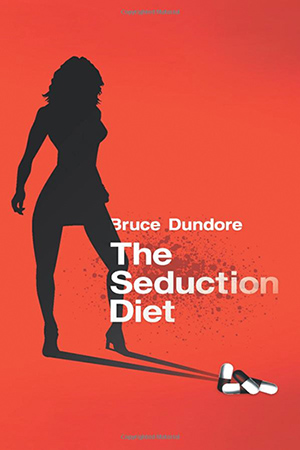 Now for something completely different, you can order my book The Seduction Diet, on Amazon.com. I’d be happy to sign it for you when you do. Here’s a snippet:

The World’s Greatest Salesman is dead.  J.P. Buffet lies face down in his master bedroom, wearing nothing but a diaper.  If they were to conduct an autopsy, it would reveal a blood alcohol count that would kill an elephant, with traces of Vicoden, Ritalin and cocaine to boot.  That is to say, ‘if they were to conduct an autopsy’.  They won’t, as LifeThin- the wildly successful multi-level marketing diet pill company that J.P. founded- can’t afford to have the results leaked.  To reveal cause of death would tarnish the myth and dent shareholder value. People will have to be paid to keep quiet.