This effort for the F-TYPE COUPE started at the LA Auto Show with a tease campaign and PR using noteworthy British actors who’ve played their share of villain roles. We launched #goodtobebad and fed it with updates on the commercial shoot with Tom Hooper, Ben Kingsley, Tom Hiddleston and Mark Strong. Facebook and YouTube were populated with teaser vids, and pre-SUPER BOWL feeds. Due to the glam celeb nature of this effort, it was no problem getting PR in both auto and non-auto press. And very good reviews of the spot once it aired in the game. 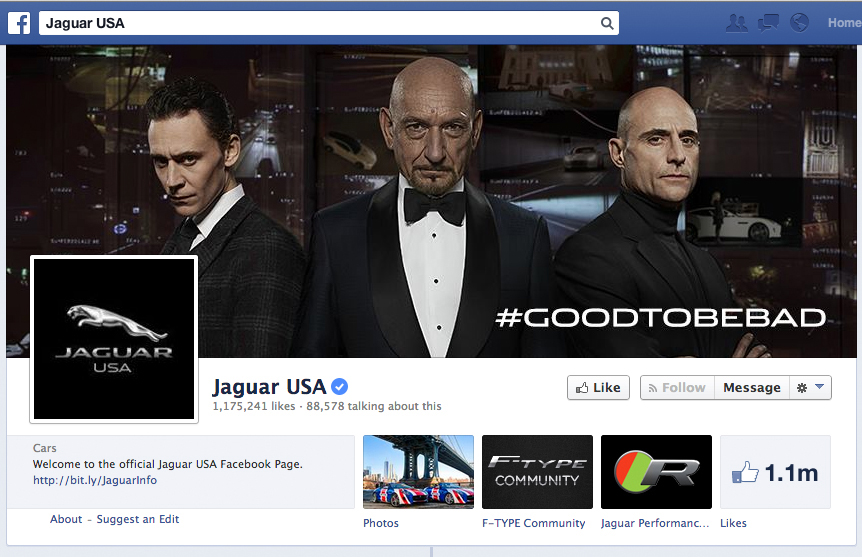 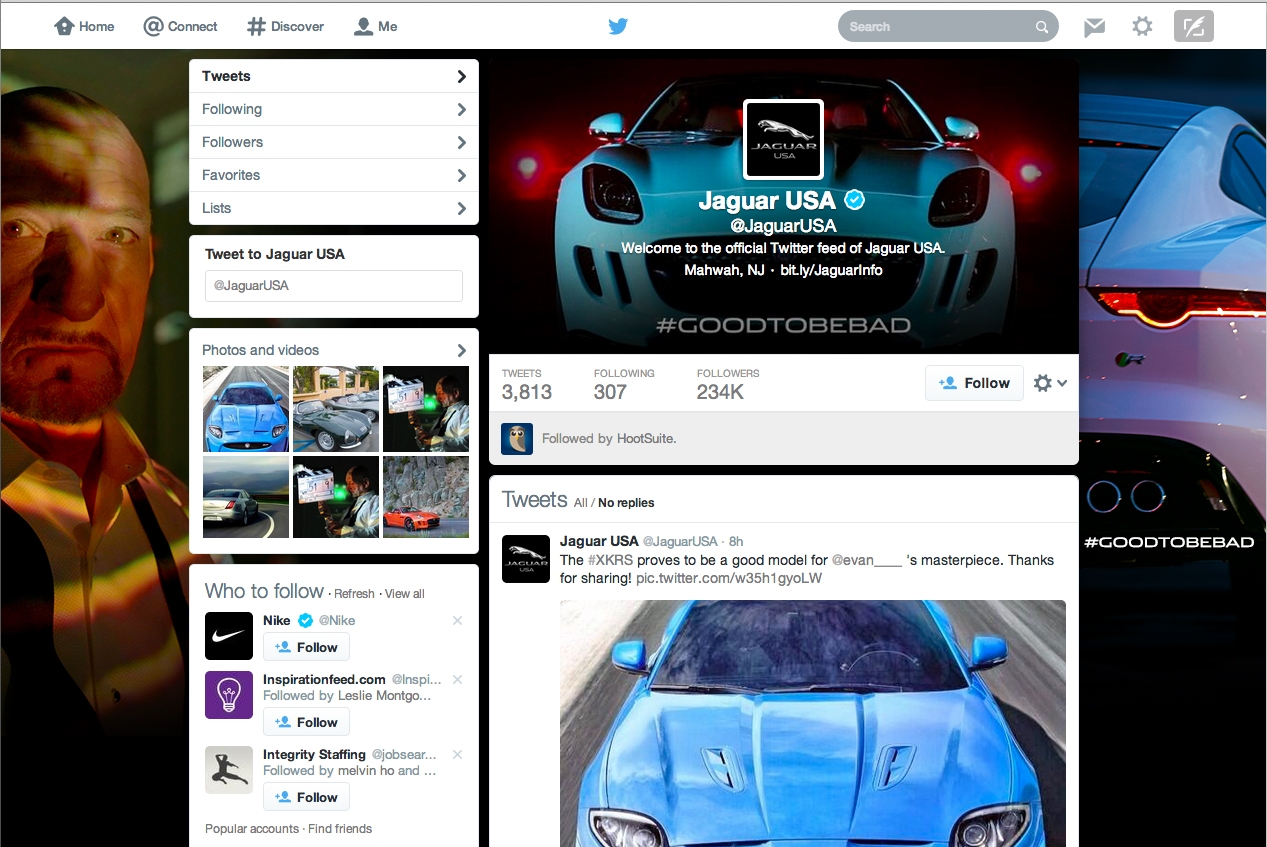 To launch the F-TYPE, we put photo’s, videos and reviews of the car on Facebook and YouTube, created #myturntojag and asked people to Tweet us why they should get a chance to take a test drive in a brand new F-TYPE. The best tweet, decided by agency and client, wins. When the winners showed up for their test drive, they were welcomed by Colin Kaepernick and Kelly Rowland and spent several hours behind the wheel with them. We shot those and populated Facebook and YouTube with the videos. 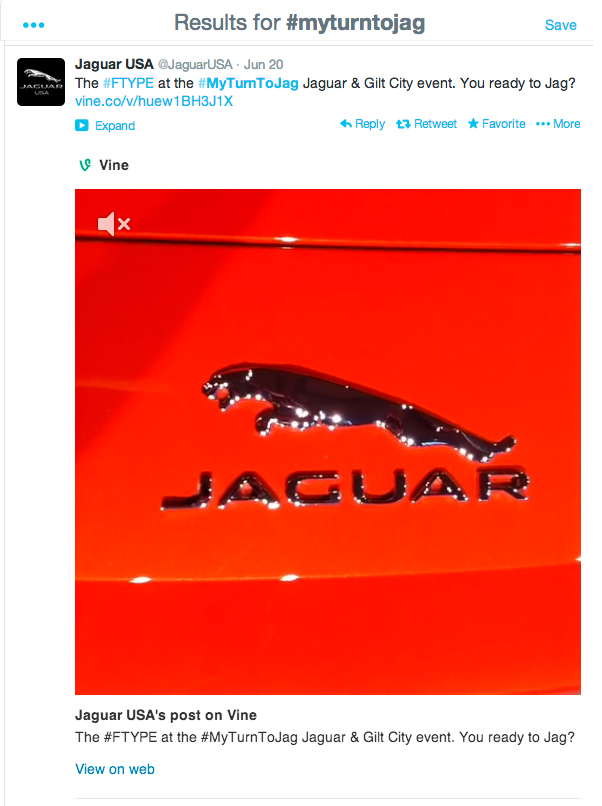 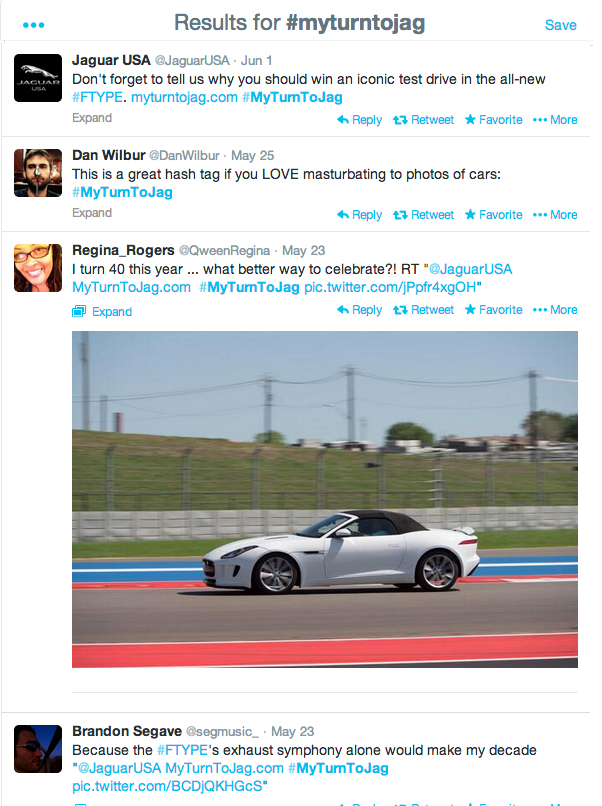 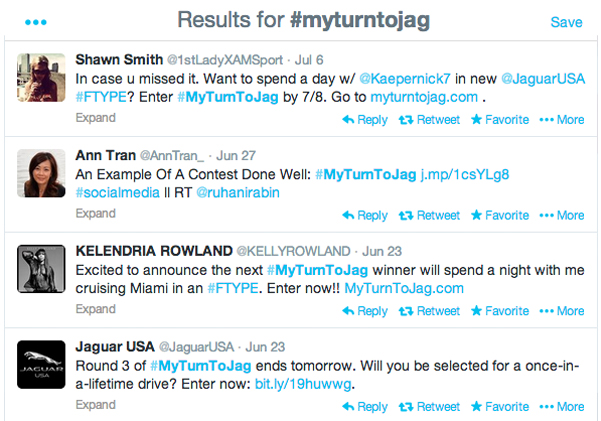